Another Friday, another trip to the bottle bank. 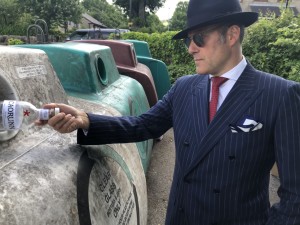 With a pantry rammed with more empties than Lineker’s bar on a Saturday night in Magaluf, it’s a path that’s been well-trodden over the past nine weeks.

I suppose it’s been my own way of giving something back during these troubled times.

In fact, to all of you out there, who regularly bestow a rainbow of glass upon our countries recycling industry, I salute you.

We deserve an 8 o’clock clap, for services to the Environment.

So, this week, I was approached by a Jewellers, offering to write a guest blog on the current, “obsession with men’s chains.”

Fired by the recent BBC Three’s “Normal People,” the lead male, Connell, wears a short, silver one about his neck. 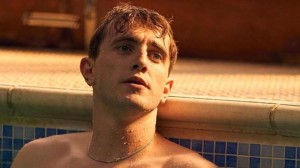 As far as the series goes, it’s excellent – a modern day Romeo & Juliet, set in Ireland.

Two lovers, from different sides of the track, secretly get it on at High school and continue their flush-faced rutting sessions at Trinity College, Dublin.

Whilst the acting is outstanding, it’s all a bit too emotional for me, and five episodes in, I’m suffering from nipple fatigue.

As they lick, sweat, buck and shiver together, the glint of his chain is never very far away.

I only hope it’s washable and won’t rust.

According to the Jewellers, the chain has developed ‘cult status’, searches are up on their website 300% and the chain has even got it’s own Instagram account, with nearly 100,000 followers.

Despite the above, I politely declined the offer, and explained that the only chain I believe a man should wear about him, is on the end of his pocket watch.

Of course there are some guys out there who suit a bit of bling about the neck, such as Johnny Depp. 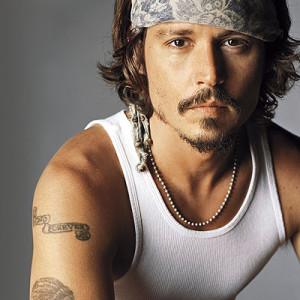 But it’s not just pretty boys that own the look.

Alpha male, gun-banging, drug-running New York Gangstas can also make a chain sing, with heavy gold links about their double chins, but for your average Joe, a chain of any description is an accident waiting to happen.

Worst case scenario, you end up with a look that is “Ratner chic,” like the poor urchins that cycle the streets in a fug of skunk, a thin gold line flashing under their hooded tops and baseball caps.

As far as Connor goes, and like most men, I believe it doesn’t suit him.

Whilst thousands of smitten girls will disagree, he’s too straight, too nice, too sensible, to wear an accessory that looks like it’s been fashioned from a bath plug.

Over the years, I’ve come to the opinion that Jewellery of any description is best avoided.

All those guys on Instagram, flashing their huge statement watches, wrists dripping with bracelets and bangles, are just trying way too hard.

The only metal a man needs is in his character, or beer fridge.

Wishing you all a lovely bank holiday weekend and see you at the bottle bank soon!