Harry Gordon Selfridge, founder of Selfridges department store in London, was the ultimate showman. A risk-taking visionary with ambition, self belief, unbridled energy and boundless enthusiasm. 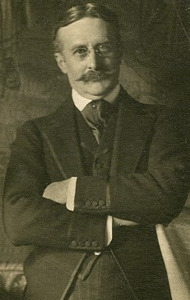 Sure, he had his demons (girls and gambling), but here was a man driven to succeed, with the charisma to inspire others to follow him. I devoured every page but it was how he started his day that really made me smile.

After arriving at work, the in-house barber would give him a hot towel-wrap, wax his moustache and eyebrows, whilst a manicurist buffed and filed his nails.

The menswear department would then deliver freshly laundered cream silk shirts, and finally the florist would offer a selection of orchids and roses for his buttonhole, or, “boutonnière.”

Wearing a flower in your lapel hole is the final flourish to a gentleman’s outfit. It came about during the late 18th century when men dressed with extravagance. Think “Dangerous Liaisons” and you’re on the right lines – wigs, tricorn hats, elaborately embroidered coats in luxurious fabrics and large buckled shoes. 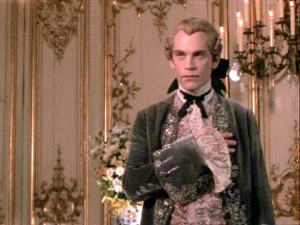 Then along came ‘Beaux’ Brummell, one of the great dandies of the age, with his ‘less is more’ approach to dressing and it all went to pot. It was black coats in the day and dark blue suits at night. Clothes became more practical but there was light at the end of the tunnel for the man who still had the peacock lurking within.

It had become fashionable to leave the top two buttons open on your frock coat. This allowed the fronts to fall open (laying the foundations for the modern day lapel) and in doing so left two empty button holes on display. The perfect place in which to pop a flower and inject a splash of colour.

Film stars such as Grant, Niven, Connery, and designers like Tom Ford have worn them to great effect. 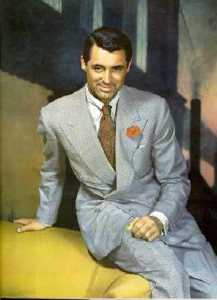 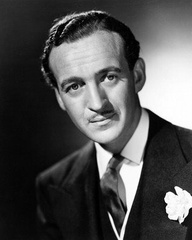 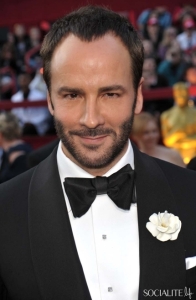 To wear a boutonniere today takes confidence. Getting away with it on the gentrified streets of Mayfair, Paris, or Beverly Hills is one thing, but to do so on Boar Lane in Leeds is another.

Nevertheless, I took a deep breath and trotted off to Alan Brown Flowers in Kirkgate Market and demanded the finest lapel candy they could muster. The skill in its preparation was incredible and the finished white rose was a bargain for £3.50

Rather than damage the cloth by securing it with pins, I just put the stem through the button hole, slotted it down behind the flower loop and Bob’s your uncle. Boutonnière, sorted.

A flower loop is a feature on every Michelsberg bespoke coat and is made with a chain stitch using silk thread, as can be seen in the photo below. 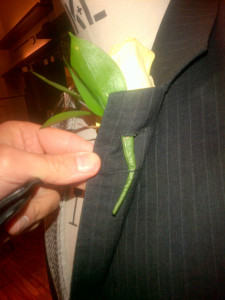 Another option is to use a solid-silver flower holder which has just enough water in it to keep the flower from drooping. One such fan of this divine accoutrement was the TV Detective, Hercule Poirot. Now there was a snazzy dresser. 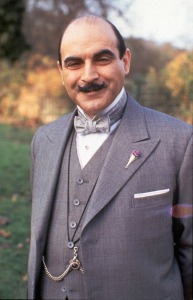 Problems can arise when using a lightweight cloth / soft canvases etc, because the lapel then struggles to cope with the weight of the flower / holder. I was wearing a fourteen ounce Prince of Wales fabric from Dugdale Brothers of Huddersfield which is so meaty it could keep up a triffid.

Here’s the result below 😉 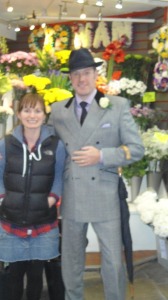 I strutted back to the showroom with a spring in the step and a grin on my face, the little grey cells on overdrive with the possibilities of using Mother Nature’s finest to compliment the colour in a tie, or, a pocket square.

Unlike Harry Selfridge, I don’t yet have the financial fire-power to drop a grand a year on pimping my lapel, but as spring and summer approaches (hurrah!), the Michelsberg garden is going to get well and truly pillaged.

A final word to all you chaps out there with a Michelsberg tailored jacket. Yorkshire Day is the 1st August. What a perfect opportunity to rock that flower loop, wear a white rose and celebrate the greatest county in Blighty!