An audience with Sir Paul Smith

Whilst I have no admiration for hedge-fund managers, Pablo Escabar, or, the teeth gritting antics of Ron Jeremy, they have all made it to the top of the tree in their respective ‘professions’ and are no doubt idolized by those who are just starting out in the businesses of greed, weed and rumpy-pumpy.

Well my chosen field is menswear and for me when it comes to heroes, the chap flying around in a red cape and underpants would be none other than our very own Sir Paul Smith. And I’ve just spent an hour in his company. 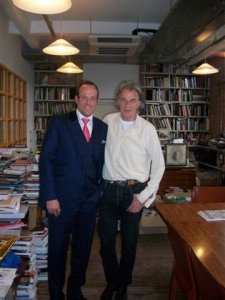 My business is three years old next month and I’m delighted to say it’s cooking on gas. Bespoke suit orders continue to roll in but with a baby girl on the way, I need to identify other ways to earn a few more shekels.

Can you believe the price of buggies? It’s outrageous. Seven hundred quid for some steel tubes and a bit of canvas and padding. Where’s the bloody engine and CD player? I don’t care that it can transform itself into a car seat, baby bouncer or carry cot. At that price it should feed the child, change it’s nappy and then rock it to sleep. Buggaboo? Bugga-off.

Feel better now I’ve got that off my chest. Anyway, I turned to Paul as a sounding board and source of inspiration and he didn’t disappoint.

The very fact that he was willing to take the time out of his day in running a £330 million pound business to offer me some help and advice speaks volumes about who he is and his kindness is probably one of the many reasons why he has been so successful.

His own story is inspiring in itself. From a small shop in Nottingham he now has a global business selling twelve different collections in hundreds of stores throughout thirty five countries.

It may be a big business but the wonderful thing is that there is a real family feel to the place.

The offices reminded me of Willy Wonka’s Chocolate factory. 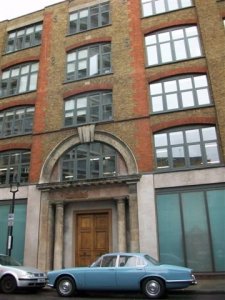 Within these walls is a hive of activity, smiling faces and quirky design features. I particularly liked the sea of bare light bulbs hanging down from the ceiling in reception, and couldn’t help smiling at the thank you letters and drawings stuck on the walls from five year olds who had been sent a PS t-shirt as a treat.

The boardroom where we met was the antithesis of Sir Alan Sugars – no smoked glass screens and raised leather thrones here. It’s crammed with books, gizmos, gadgets, toys, bizarre trinkets from his travels to Japan and even an executive briefcase that opens to reveal a train set.

Meeting Paul has reinforced all the good things that I have read about him and his values, which are so very different from the orange-faced, over-inflated egos in the fashion industry.

There are no fawning fashionistas, or trips in private jets to opulent residencies in the South of France, dripping in gold leaf with a posse of models in swarovski-encrusted micro-bikinis lounging by the pool.

A sense of divine importance, ostentatious wealth and glamour are replaced by humour, mischief, warmth, approachability and good fun. Saying that, I’m damn sure he is no mad professor – his eyes sparkle with intelligence and I’m sure he’s had to make some tough, hard-headed business decisions whilst building up his empire.

He’s a grafter, leads from the front, is hands-on and attributes much of his success to his ‘wife, friend, lover’ Pauline. I too subscribe to the view that behind every successful man is a strong (and some say surprised) woman and also discovered we have a few other things in common including a love of swimming and the film “Withnail and I.”

The only thing we would cross swords on is his passion for Cycling. He wanted to be a professional cyclist but was injured in a terrible accident when he was 17. I can see the draw – it’s a healthy activity, the wind in your hair, pedalling through beautiful countryside, or, even the Alps. I always rent a bike when I’m visiting friends in Amsterdam and it’s all very civilised and works because the city is designed for it. Ours is not.

Over here, the car is king and our highways are NOT set up for gangs of Lycra clad gibbons pedalling three abreast along our pot-holed and traffic swamped roads. Don’t get me wrong, I’m no Jeremy Clarkson, but as I’m crawling behind them with their bulging calves and Oakley sunglasses, oh how I’d love to plough through the lot of em’ brandishing an evil grin and a super-soaker.

Rant over. Sir Paul Smith is somebody who I respect, admire and is an example of an incredible achiever with his heart in the right place. His flair for design is no doubt key to what he has built up, but I’d wager it’s his people skills and passion for the trade that have helped him charm customers and suppliers and build up an incredible team behind him.

My dream would be to build up a business just like his with perhaps one exception. Those jewel encrusted honeys by that pool on the Cote d’Azur. 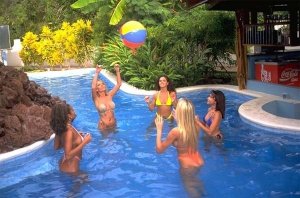