This weekend my wife had a girlfriend up to stay from London which gave me the chance to indulge in a spot of ‘me’ time.

After seeing customers on Saturday morning it was off to the David Lloyd for a swim and sauna, lunch and a cheeky Erdinger at The Reliance and then a prowl round Harvey Nichols to check out the latest threads.

Paul Smith, Prada, Giorgio Armani can all be found here and whilst they are now global brands employing thousands of people, their designs were built on the individual style and personality of their founders.

I have huge respect for Paul Smith. Unlike some of the neurotic, self-obsessed permatanned egos in the fashion business he seems down to earth and a genuinely nice guy.

He even had his suits made in Leeds when he was starting out by a company called Atkinson Rhodes who are sadly no longer around. His house style is often referred to as “English tailoring with a twist,” and that has got me thinking about what I’d like my name to stand for.

I adore the old school style and elegance of the 50’s – legends like Bogart, Sinatra, and Niven. All immaculately dressed with a healthy interest in women, drink, and letting the good times roll. 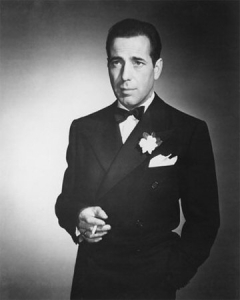 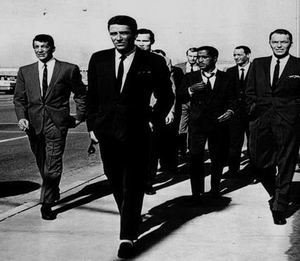 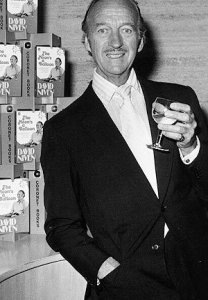 Close to the top of my slick-list would be Connery as Bond, however, a discussion of secret agents would not be complete without mentioning the most dapper, dashing and dandiest spy of them all, John Steed in “The Avengers.” 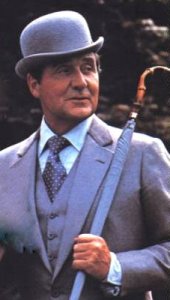 Like Steed, I have a penchant for bowler hats, velvet collars and young ladies in catsuits. Whilst a part of me is a fully paid-up member of the ‘understated elegance’ crowd on Savile Row, I am just as seduced by adding details that appeal to the more flamboyant, head-turning, tequila drinking, ‘come on, let’s have it’ crowd who frequent the naughtiest, sleaziest, vice-ridden dens of iniquity in Christendom.

Yes, whilst the coolest of cats dress in a quietly sophisticated manor, I have to admit I’m a bit of a show-off. I’d love to pull up to a certain club in Ibiza in a chauffeur driven Roller, shrug off my exquisitely tailored coat, wave my tightly rolled umbrella in the air and declare to all and sundry that James Michelsberg has now entered the building. Come on! 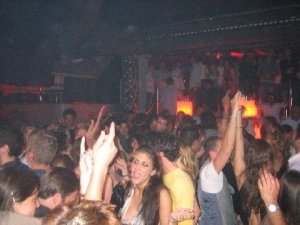 So there you have it – the very essence of Michelsberg Tailoring – banging bass, hot women and cool threads. In a nutshell, “Steed on speed.”