On my twenty first birthday I was given an Omega De Ville watch by my parents and have to say it is one of my most treasured possessions.

I’ve spoken with people who have said they don’t bother with a watch as they have the time on their mobile but to me this is madness.

A watch is so much more than a timepiece – it can be a thing of beauty, an investment, a mechanical marvel, something deeply personal with a wonderful story and history attached to it, a statement about who you are and what you stand for.

Like a bespoke suit, choosing the right watch is totally dependant on the personality of the person wearing it and what turns them on, what they are wearing it with and naturally the environment in which it is being worn.

Take for example, Elton John. He’s on stage, tinkling the ivories in a velvet frock coat, purple sequined hot pants and theatrical wig. The camera does a close up of his hairy little fingers running up and down the keyboard and there it is – a pink, jewel encrusted, platinum Chopard monster, flashing away in a sea of dials, buttons and swarovski crystals. It kind of works for him but if I spotted such a number on my accountant, I’d run a bloody mile. 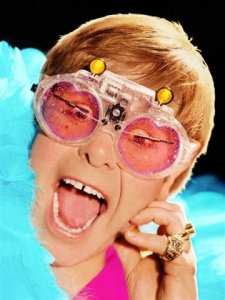 The modern day watch was born in the early 16th century when a German called Peter Henlein invented a portable mechanical clock called the “Nuremburg Egg” with just an hour hand on the face.

Watches that do more than tell the time are said to have a number of “complications” and include things like showing the date, the moon’s phases, a chronograph (stop-watch), repeaters (which strike the time using dings and dongs) and a tourbillon (a complicated rotating cage that contains various parts of the working mechanism and as it rotates makes the watch more accurate).

Although some time-only watches are worth a fortune, those with many complications tend to be more expensive, however, they cost far more to service and because they are delicate are not for crashing about in every day. 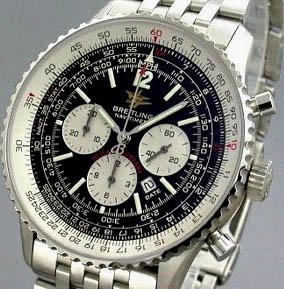 As far as size goes, I have nothing in principle against large metal watches and think they can look far better on chaps with a bit of meat on them, rather than a skinny strip of leather with a slimline gold face. All I would say is that whilst big has become fashionable over the past few years I would question the longevity of this trend.

So who makes the best watches?

If you go to the websites Equationoftime.com, ThePursistS.com and TimeZone.com you will find a number of forums debating this question. What counts as the ‘best’ is a very subjective question and depends on how much weight you give to the quality of the movement, the number of complications, the rarity of the watch, the historical importance, the accuracy, efficiency and value for money.

That said, it is widely accepted that the following companies are regarded as the mighty stallions who graze and rule the top meadow of the watchmaking world:

Patek Philippe of Geneva, founded in 1839 is ‘the king’ of the watch industry and it’s Calatrava is it’s most famous line. It makes some of the most complicated watches in the world, has what is regarded as the most magnificent museum in the industry and does not bend to fashion. 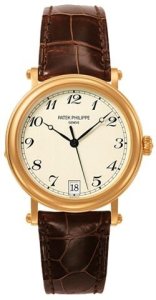 Audemars Piguet founded in 1875 is still family owned and is one of the most respected brands with a vast selection of sports and dress watches, some simple, some incredibly complicated. It’s Royal Oak luxury sports watch was introduced in 1972 and was made of stainless steel – a big risk at the time, but one that paid off big time! 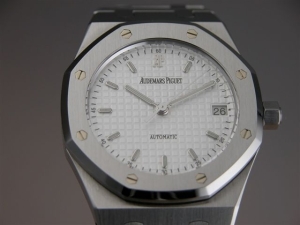 Vacheron Constantin claims to be the oldest watchmaker since 1775 and initially pioneered using machines in the watchmaking process to produce better quality parts at a lower price. Their watches can be quirky and their detailed enamel work on the Mercator series shows the time quite uniquely. 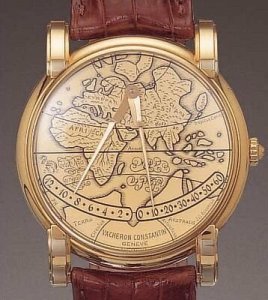 Jaeger-LeCoultre (JLC) is the man when it comes to technology and it’s manufacturing ability is unrivalled. Often supplying the movements and parts for it’s ‘rivals’ it is known as the watchmaker’s watchmaker. It’s Reverso model is its best seller with a watch case that flips over to show a protective back, or the insides. 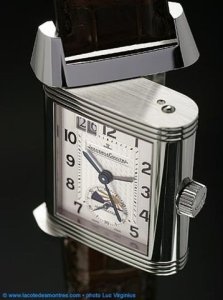 The list goes on – Rolex, TAG Heuer, Omega, IWC, Lange & Sohne (one of my favourite,), Blancpain, those who are often regarded as jewelers such as Cartier, Bulgari, Chopard and new brands such as Frank Muller, RGM and Jacques Etoile.

A finally I’ll touch on the Swatch. The mechanical Swiss watch industry was batterd by the introduction of quartz watches by the Japanese companies Seiko and Citizen in 1969 which provided incredible accuracy at a fraction of the price. 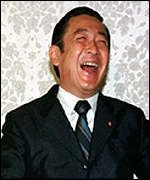 The Swiss responded with a better and slimmer movement produced by ETA that was introduced into the plastic Swatch watch in 1980. Slim, fun, funky, with some designed by the likes of Vivienne Westwood, sales went mental and they continue to innovate to this day (some have computer microchips that can access the internet) selling more than 20million a year! 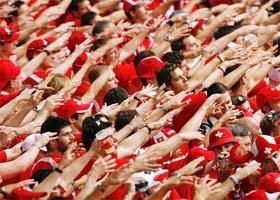 The watch you choose to wear will of course be dictated by what you can afford but with a little effort it is possible to find something fabulous and very ‘you’ at the right price.

I would say that a watch is with you wherever you go and is worth investing in. As guys, we don’t spend our money on ‘it’ bags, jewelry, or, ninety quid hair cuts from a bloke called Kiest, so why not treat ourselves to something that is useful, beautiful and can be passed down to our children?

After all, time is the most precious commodity we have so why not keep it in something a little bit special.